An Overview of the Georgia Mountain Fair 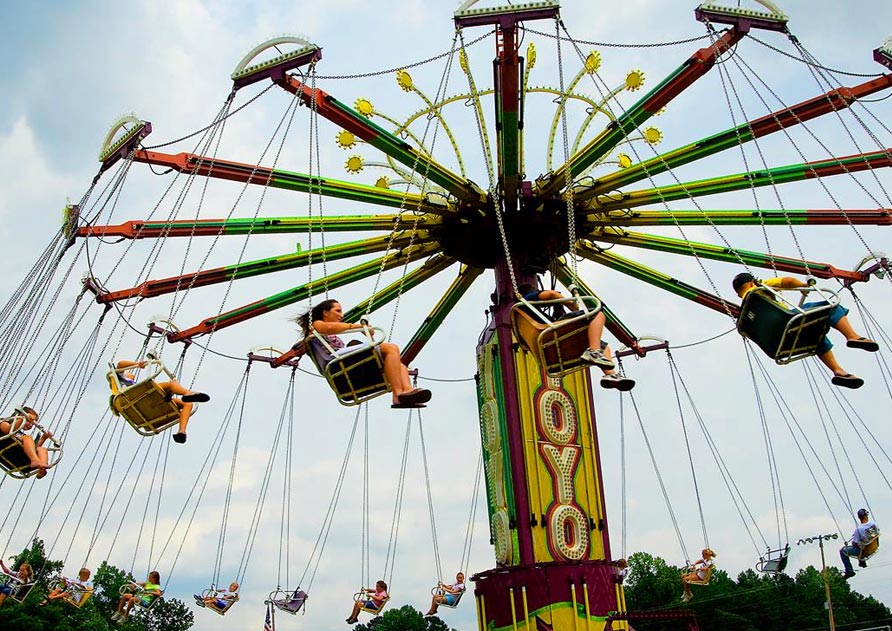 The Georgia Mountain Fair is one of the biggest events held in the state of Georgia. It attracts thousands of people from different parts of the state owing to its exciting range of offerings. They include musical performances, fun rides, and some unique ways of knowing the local culture and history.

This event is held annually every summer in Hiawassee, which is the seat of Towns County. When it first began in the mid-20th century, it was attended by about 2,000 individuals. Today, the number has grown to over 100,000. You’ll have loads of surprises at the fair with its daily music concerts, craft booths, and food stands.

The Georgia Mountain Fair was started jointly by the Towns County officials and the local Lions Club. Initially, it began as a weekend event as a result of the efforts of E.N. Nicholson and Herbert ‘Tall’ Tabor. Nicholson was a county extension agent and Tabor was the president of the civic group. This fair became a week-long event of celebrations by the mid-1950s.

It featured an opening parade, plenty of countries, gospel, and bluegrass music, and a beauty queen contest. The venue of the fair at the time was the Towns County High School. It was held inside the building as well as on the grounds nearby. The classrooms inside the school were used as display areas for exhibitions and crafts. Events featuring the mountain life and livestock were held on the grounds.

A hog-shooting contest and an indoor trout stream were two major attractions in the fair’s early days. Food for the hungry visitors was prepared by homemakers of the Towns County. The pickers along with their mandolins, banjos, fiddles, and guitars were sheltered in a big tent.

Exhibitions and other offerings

The fair allows you to buy fried apple pies, cider, home-cooked vegetables, and beef jerky besides the usual fare. Musicians perform at the music hall named after Robert Anderson. He was a former president of the Georgian Mountain Fair.

You’ll be delighted to visit the Pioneer Village, which showcases the local arts and crafts. Local folks explain the process of making oak shingles and baskets and splitting rails to the visitors. You can also browse the canned goods, needle-craft, and handmade quilts displayed at the fair museum.

The number of visitors to the fair increased in the years that followed. This had a great impact on the economy of Towns County. In 1956, the fair was attended by 40,000 visitors. The number went up to 60,000 by 1965. Many of the prominent music artists performed at the fair.

Among them was the famous country music singer, Conway Twitty. He performed in his first professional music show at the Georgia Mountain Fair. The Oak Ridge Boys had also performed in a gospel song with other groups at the event. A few permanent exhibitions were constructed near the Towns County High School on the fairgrounds.

The officials associated with the fair felt the need for a larger site. This led them to negotiate with the Tennessee Valley Authority for purchasing a site on Lake Chatuge’s shores. In 1978, the fair was held at this new permanent site.